Many of you might think this is BOLD. But if we are friends you won’t be surprised because, I’m not shy.

I had breast implants for almost 10 years, although they were a bit big for my frame and without Pilates-weekly, they would hurt my back. I loved them!
I had always had a thyroid issue which contributed to many other endocrine issues- prior to my implants, so when they worsened ( even though I was constantly treating my thyroid) I didn’t think much of it, after all I was getting older.
After my daughter was born, I had severe postpartum anxiety. It was around that time my breast implant symptoms started to kick up and just got progressively worse. (At the time I had no clue that’s what it was, I blamed hormones completely).
I was always tired, and after a year it didn’t let up( even though my daughter was a great sleeper). I couldn’t drink coffee because it made me so short tempered. The only thing that gave me any energy was juice plus. I felt like was my only help. Caffeine just seemed to make me more anxious.
It was August when I got my first glimpse of breast implant illness , when my friend Rachel sent me a blog a woman had written about her journey. I was horrified! And after speaking to some friends who had never heard of it- I wrote it off.
I was in and out of Doctors because I was having fertility issues that were unexplained. ” I just didn’t ovulate” even with progesterone cream and Acupuncture and 1 million other things, my cycle wouldn’t even out properly. Many were endocrine issues.
My hair was looking thinner, skin dryer and I felt like I was aging so quickly. I felt more anxious and less confident… it was all so weird but progressive. Since it wasn’t a quick change it was hard to put my finger on it.
Meditation and Yoga Nidra helped so much. ( free on YouTube).
It was so emotional at times. Acupuncture,
specialized diet and organ warming techniques helped me the first time- 3 months and I was pregnant, we had been trying for 2 years now , I had two early miscarriages.
I went to a new clinic a friend of mine had suggested. The fertility clinic wanted me to try Clomid, that was the only suggestion. I was nervous, so many women were having autistic children and finding it was associated with IVF and Clomid, I didn’t want to take the chance.
Metabolix in Clearwater tested my hormones and tested me for MTHFR ( it was a “gene mutation” ). I didn’t know too much about it, yet. Later I’d find out so many woman affected with breast implant illness have the gene mutation. ( it doesn’t allow the body to detox properly or utilize B12 or folic acid). Metabolix put me on a lot of vitamins/supplements. I was hoping to feel some big shift in my energy or something…
I had a constant taste of metal in my mouth…
I kept getting this inclination to get a heavy metal test which was coming from nowhere or God I don’t know. After waiting two weeks , I got the results back. Thank God I did because some of the vitamins I had been put on like zinc were completely through the roof. ( see the tests results attached). My metals were so high they called me to find out if I had been brought up in a coal mining town or been drinking too much well water. When I was pregnant with my daughter I had become so cautious, I changed all my make up to non toxic and organic. I stopped wearing lipstick since you eat it and I didn’t know WHAT was in it. I only wore coconut oil as lotion, I was so careful, I couldn’t imagine where it was coming from?!? Then again – breast implant illness. Christmas Day a friend of my brother in law heard me talking about my heavy metals, we couldn’t figure out where it was coming from… We had the water tested. I am such a clean eater. All of our pots and pans have been replaced years ago, I don’t drink or cook in anything aluminum or non stick. I am very careful because of my holistic nutrition background. I was stumped! The friend asked me if I had breast implants. Then she told me all about her friend who just had her implants removed after years of unexplained fibromyalgia, chronic fatigue along with many other illnesses.
I researched for 3 days solid. I decided it was the only solution and they needed to be removed. There was a very exact way to do it , so you don’t disrupt the toxins and you don’t leave any behind in the body. En bloc -capsulectomy. Not all doctors recognize breast implant illness. Not all doctors do the proper removal. So I was on a mission. I found an online forum and then another! Thousands of women were complaining about the same thing! Hugh Hefner’s wife had them removed for the same reason. The story seemed to be very hush- I didn’t remember seeing it, it wasn’t a BIG story. The forums were so helpful and there were a lot of doctors that they recommended.
It seemed some woman were referring to get kickbacks for recommendations which made things more complicated for me to choose. In the end I chose Dr Barnett she was amazing, and all of her referrals/recommendations came from the group of women who shared photos and absolutely loved her. She didn’t do any kickbacks (that I know of ) and that felt genuine. She was more Hollistic in her ways, took her time with me and explained the history of implants. I got in as soon as I could! Not even two months later I am without my implants. Although I thought I’d be very sad, I had time to process it. I got a lift with an Explant. I’m so happy! Instantly my neck felt better, I woke up without any back stiffness , which seem to be getting progressively worse to the point where I could barely sit up in the morning. I used to work out daily, I hadn’t worked out without dragging myself through a work out in years. My energy level was instantly higher, I felt elated. My face looks younger my skin feels softer my eyesight is better, my anxiety is almost none , my tolerance for caffeine has gone up (before it just used to make my teeth grind, and my nerves raw),I had bad night-grinding and TMJ and its is almost nothing . This is just the first two weeks!!!
I had to share my story, because so many women before me shared their experience and helped me. I hope my story helps others.
Please feel free to share with your friends.
I hope to help as many people as I can 😉
Darbylovesjuiceplus.com 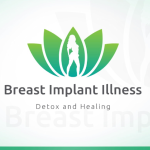